The Grain Store, formerly the Avery, on Regent Street in Cambridge opened on Friday 6th March after a “complete makeover” by Greene King. The “six figure” investment promised an “extensive choice of craft beer and cask ale sourced from local, national and international breweries”, along with a modern interior decor and a revamped kitchen and menu. I went along to the pre-opening night to see what had changed. 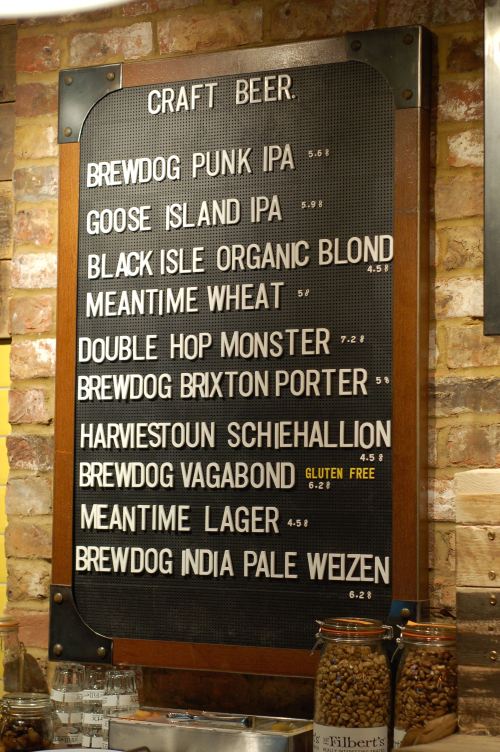 I expected the beer line up might be a showcase for Greene King’s “speciality craft keg” range, but of the 10 taps and 6 hand pumps (duplicated on the first-floor bar), only three were their own – Double Hop Monster keg, the rebranded IPA and a house 3.9 on cask. Not quite the promised “extensive choice of craft beer and cask ale sourced from local, national and international breweries” – the only international brewery on the tap list was Goose Island, a brewery they have exclusive keg distribution rights for in England and Wales, while the nearest local brewery was Old Cannon, from Greene King’s hometown Bury St Edmunds thirty miles away – nevertheless a pleasant surprise.

With four of BrewDog’s beers on tap for the opening, Greene King are hoping that brand will give them some credibility as a ‘craft beer’ provider. That six of the ten tap beers were from Scotland suggests they’re tapping into the distribution network they have north of the border, enabled by their Belhaven brewery. I spoke to people from the brewery during the evening who readily admitted it will be a challenge for them to provide a beer list to match venues like the nearby Pint Shop – as a comparison, over two visits to the Pint Shop last week, I had beer from the likes of Evil Twin, Magic Rock, Buxton and To Øl. 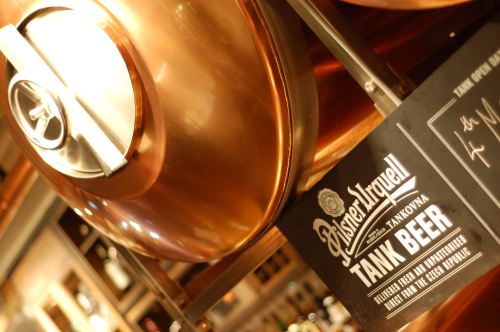 Most impressive were the new tanks for Pilsner Urquell, four 500 litre tanks for the unpasteurised beer they believe “guarantees you’re drinking the beer as fresh as possible“, the first pub in this country outside of London to have it delivered this way. It’s probably the bottled beer I drink most often, and my go-to beer in other pubs that have it on draught, so it was good to taste it so fresh and full of flavour, and will probably be the most compelling reason for me to return to the Grain Store. 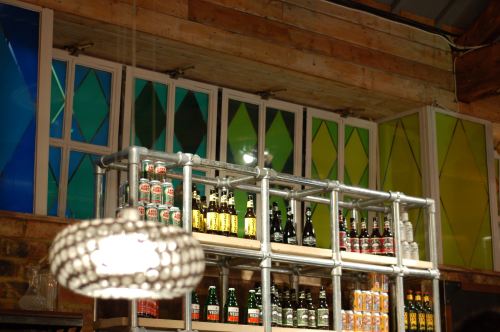 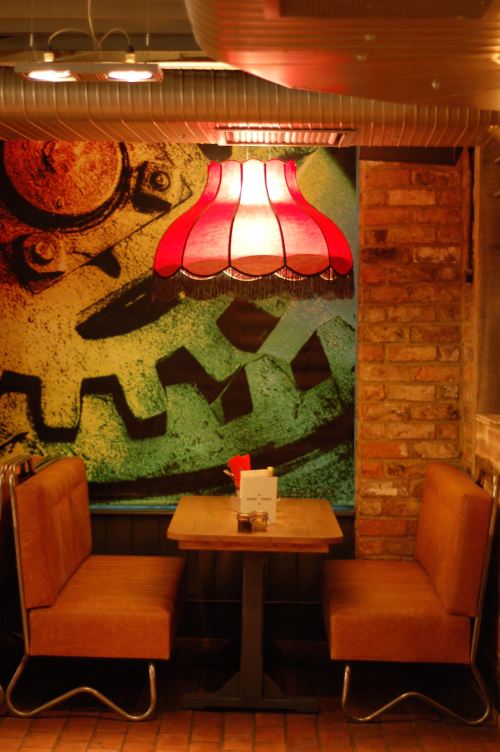 It would be easy to be cynical about this makeover, I mean really easy – the bus seats look like they came from the same vehicle the Cambridge Brew House plundered for their refit two years ago.

Yet it was notable though that at no point during the evening was I given the ‘hard sell’, and as with previous conversations I’ve had with folk from Greene King, the modest tone seems in complete contrast to the bravado of their marketing material which hype “monster” hop flavours in thier beers or describe the Grain Store as wanting to be “the place in Cambridge for high quality craft beers and moreish food”. Nor did I sense any delusions about how this venture might be seen. If there’s a percepetion of them riding the coattails of more credible craft brands, then perhaps it’s a case of damned if they do, damned if they don’t. After all, it’s only two years since the Brew House opened, and 16 months since the Pint Shop and Blue Moon. In any case, who owns the trademark on exposed beams, beer boards, 10-keg-&-6-cask, shabby chic, industrial, or any other characteristics a modern bar might have?

I gather this is something of an experiment for Greene King – can they provide a compelling beer offering, build a credible ‘craft’ brand, find a position somewhere between the price points of Wetherspoon and the Pint Shop – there’s a lot of ground between a sub £2 pint of John Smiths and a £12 Double IPA. Will this new approach draw a new crowd, the “affluent young professionals” they seem to be courting, or cannibalise trade from their existing pubs? That is, amongst other things, what they’re aiming to find out. 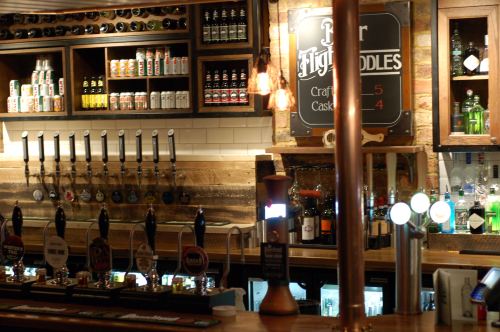 Twenty years ago, this large building, originally the factory for Avery Scales, stood derilict overlooking Parker’s Piece, a 25-acre common on one side, and on the other side accessible from Regent Street, a main route into the city centre from the Station. I used to walk past it often, wondering how a fine building in a prime location had come to stand empty and unused. Then nearly twenty years ago it was acquired by Whitbread and opened in July 1996 as the Hogshead, boasting a large bar on each of the two floors, each with its own stillage and ten handpumps. It received a blow from Wetherspoon in 2000 with the opening of the Regal, at the time the pub with the largest capacity (1600) in Britain, just 300 metres along the street. 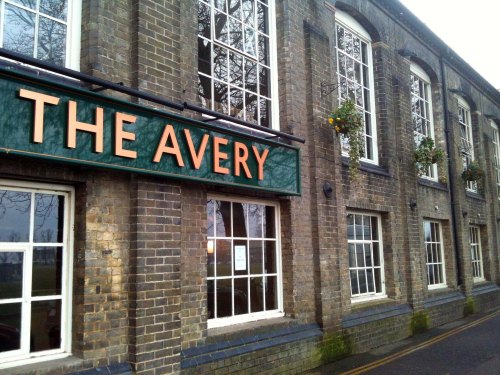 It came into the hands of Greene King in 2004 after their acquisition of over 400 former Whitbread-managed pubs from Laurel Inns. Renamed the Avery, it served only Greene King ales, which was quite a limited range at the time. However, trade never seemed to pick up, and on my most recent visit last year, the beer selection was as dire as ever, with no real ales and only the usual suspects on keg – Becks, Stella et al – the evening salvaged by bottles of Strong Suffolk from the fridge. It had become an unappealing sports bar, badly in need of some attention, so it’s good to see it get a new lease of life, and I hope it gets the custom it will need to avoid falling empty again.

From my first impressions, I like the Grain Store more than I expected to, it’s a nicely fitted out space with a nice ambience, the service was friendly (sure, it was a launch party, but it seemed like a genuine attempt to engage with customers), and the beer list offers enough temptation for me to pop in again to see what’s on. Worth a visit I’d say. 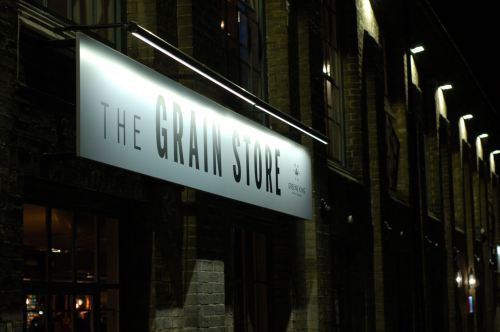 This entry was posted in Cambridge. Bookmark the permalink.

18 responses to “The Grain Store, Cambridge”