Milton, a village sliced away from Cambridge by the A14, is home to four pubs (one currently closed), and has had at least two breweries; most recently Milton Brewery, who had to move to bigger premises in nearby Waterbeach when they needed to expand their trophy cabinet. The pubs are all close together, about a 300 metre walk to visit all of them, so last night we had a pint or more in each of the open ones* and lamented the closed Waggon and Horses.

The local CAMRA branch’s Community Pub of the Year in 2016, and in this year’s Good Beer Guide, where in 1985 it was described as a “fine old village pub, interesting lounge fireplace”, then serving Tolly Mild, Bitter, Original and Strong. A pub since at least the 1760s apparently, owned by the “old established and extensive brewery of Messrs Steward, Cotton and Co” from Cambridge in the early 1800s. There’s a large garden, I think used to be a bowling green, with a children’s play area including the aforenamed white horse.

The pub was bustling, plenty of people and chatter in both bars, a womens darts match in progress in the public bar, and beer good enough to merit the GBG entry – the Ghost Ship and Nobby’s Plum Porter in fine form, and when I asked to try a half of the Theakston Hogshead I was poured a pint anyway – no half measures here! Apart from the guest beers, there was also a terrific guest pub dog who knew his way around the place and wowed us by jumping up at the back door and letting himself out to drop a stone at the feet of the smokers so they’d throw it for him to retrieve. I was more stunned than wowed when I went to the gents and in burst guest pub dog, just happy to be hanging out with the lads – I half expected he’d cock a leg up and join us! 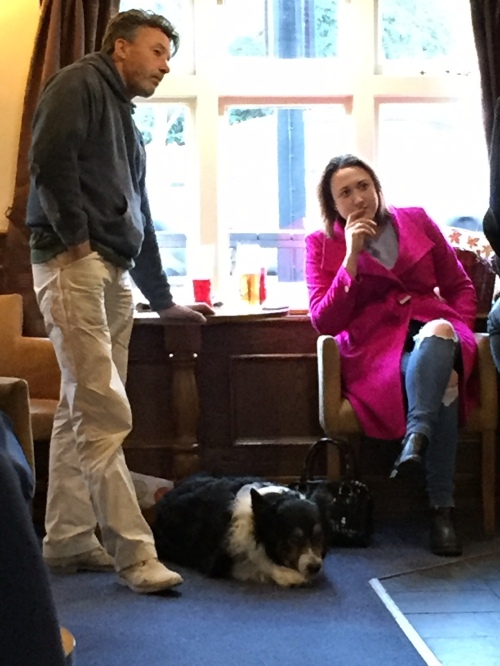 Guest pub dog in a rare moment of calm

Another lovely old pub doing lively trade, plenty of locals at the bar and early starters for the Ladies Gin Night. Open by 1841, a 17th-century house, where the Turnpike Keeper’s cottage was located according to the local history society, with low beamed ceilings and inglenook hearth. We sat in the snug-like area and enjoyed the Sierra Nevada Pale Ale we were surprised to see on keg, alongside Fuller’s Frontier Lager, with cask Pride, Adnams Lighthouse and Gales Seafarer.

The quiet lounge, everyone preferring the busy public bar

No pub dog in the gents here but the BRIGHTEST, CLEANEST TOILETS EVER – I’d have taken a photo if that wouldn’t have seemed weird in the company of strangers. Tidy beer garden too.

Just off the High Street and Fen Lane, a late seventeenth century timber-framed inn, which had a brewery from at least the 1830s, William Essex the brewer and publican, his son Thomas taking over in the 1870s and continuing to c.1925. In the 1991 GBG for its Tolly Bitter and Original, now a freehouse, I had a pint of Milton Minerva (when in Milton…); also on Church End Vicar’s Ruin, TT Boltmaker, Elgoods Cambridge Bitter, and Greene King IPA served ‘North or South’ – I haven’t seen that dispense in years, I didn’t know it was still a thing.

There was even a bottle of gluten-free GK IPA available for celiacs, tickers and masochists. Noticeably quieter in here than the other pubs, but a handful of locals at the bar, a few people eating in the lounge, with a pleasant interior including old photos of Milton on the wall, some exposed timber frames, two brick hearths and a snug like area in the lounge. 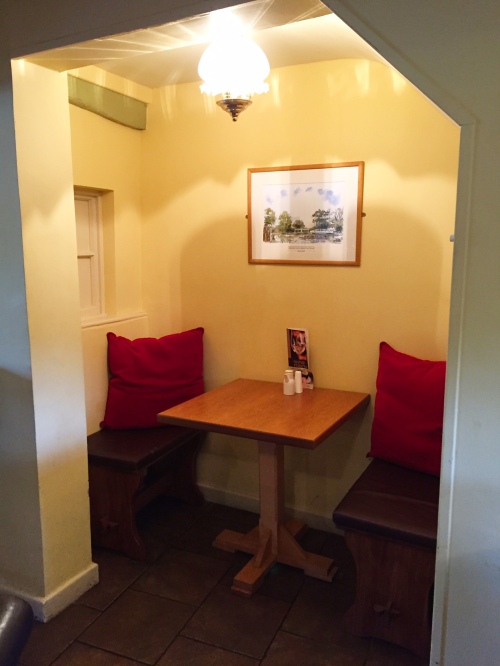 Closed for a couple of years but reopened in 2012 by a consortium of locals, I’d seen the Jolly Brewers was on the market again recently so asked if it was still for sale. “Erm, no… not anymore” I was told, in a “nothing to see here, move along” kind of way. Well, I’m pleased to hear it’s not about to close again, and note there is a 5th Birthday Bash on 9th June.

A ‘brewer’s tudor’ pub, built in the early 1930s, replacing an older pub of the same name which burnt down. It appeared in the GBG as far back as the 70s, and in 1990 was described as having an “incredible ever-changing selection of guest beers” (which I imagine might not seem so incredible in the ‘craft’ age) alongside Nethergate Bitter. Elgoods owned since 1999 when it was taken on by Nick and Mandy Winnington, formerly of the Cambridge Blue, picking up branch PotY in 2007, and fondly remembered for the display of the eccentric landlord’s hat collection, and a great beer garden which appears to have gone to seed. In 2014 it was turned into an Italian restaurant called Osteria that still served cask Elgoods Cambridge Bitter. After a particularly bland vegetarian pasta dish there, I nevertheless asked if I could return for a drink, and was told in no uncertain terms drinkers weren’t welcome. That venture didn’t last and it’s currently closed and seeking tenants – hopefully it will return to being a decent pub, if the village can still sustain four of them.

The local history society says that Queen Anne Lodge on Fen Road, across the road from the Jolly Brewers, was once a pub called the Greyhound. 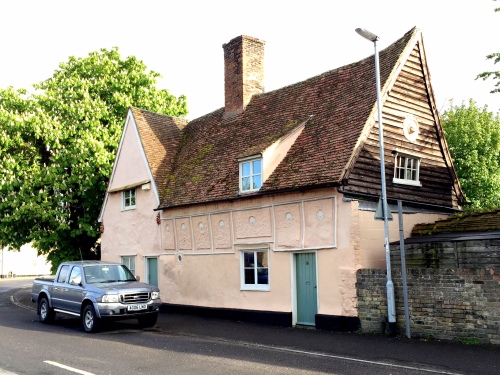 There’s plenty of pargeting on the building, including an attractive likeness of the good Queen herself. 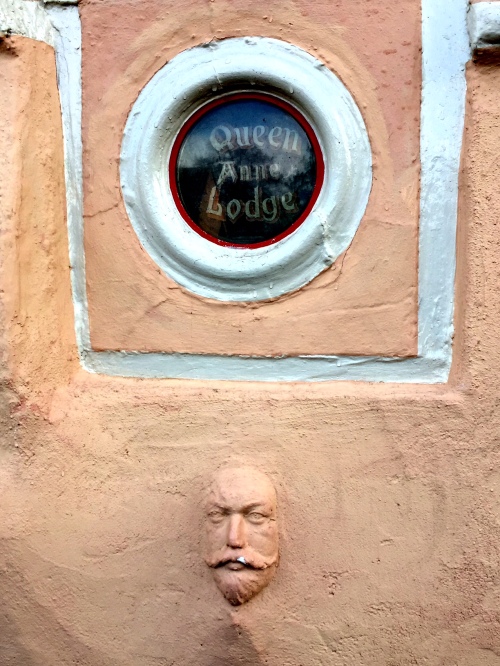 There was apparently another inn, the Three Tuns, established by 1765, closed after 1910, but I couldn’t locate it (but as you’ll see from the comments, it turns out it was No. 42 High St, which is currently the offices for East Anglia’s Children’s Hospices).

Still, that’s enough pubs for one night. Definitely worth a trip from Cambridge to the Milton Pubs, even if the bus service is lousy and it required a taxi home, though when I consider how my night was spent** that was probably for the best.

* For a more candid account of the same pubs in February this year, read Milton – Paradise via West Berkshire
** Inevitable literary Milton reference

This entry was posted in Cambridgeshire, Pubs and tagged Milton. Bookmark the permalink.

9 responses to “Pubs in Milton”