According to the Cambridge Camra Branch Newsletter (ale 340),
the 2009 Cambridge Beer Festival Beers of the Festival are: 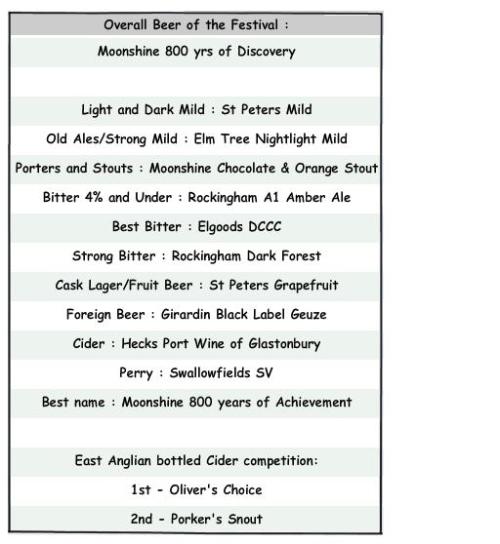 The beer I enjoyed most at this 36th Cambridge Beer Festival was a zesty Woodfordes Wherry.

I didn’t get around to trying any foreign beers, but will look out for a ‘well blended Gueuze such as Cantillion or Drie Fonteinen’ , described in the festival programme as ‘probably one of the most complex, beautiful drinks in the world’.

Below is Stonehenge Ales Sign Of Spring, a seasonal beer from Wiltshire.
It doesn’t taste as green as it looks but this premium bitter raised a smile. 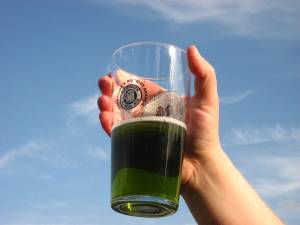 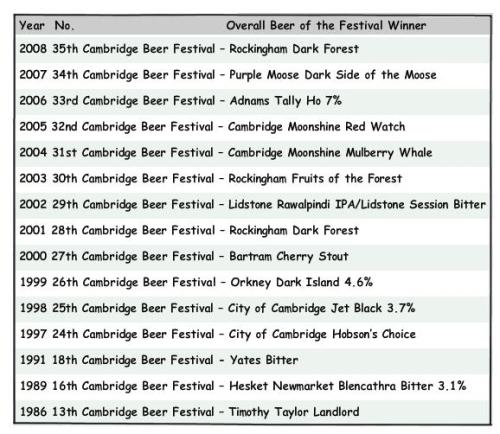 The above information is not necessarily correct!
More information can be found at Cambridge and District CAMRA

Here is a review of the 2010 Cambridge Beer Festival